If you like to read and perhaps you are preparing for your trip to New Zealand or you simply really like this country, here you will find a list of books that you can start devouring to get involved in its culture and landscapes.

New Zealand is a popular tourist destination that has inspired many tales through the years. The country’s literature perfectly captures all facets of its landscapes and people, from the cultural to the natural.

In Maori, it is known as Aotearoa (“Land of the Great White Cloud”). NZ is a country on the continent of Oceania, separated from Australia by 2000 km of ocean. It is made up of several islands, with much of its population on two main islands: the North Island and the South Island.

A very interesting fact is that New Zealand was the last territory discovered by Europeans and also the one that was later inhabited by humans. Maori culture is the heart of New Zealand. In it reside the values of the first humans who inhabited these islands, and although they now live in cities and towns, they have preserved their language and traditions.

The Luminaries by Eleanor Catton

Instead, he stumbles into a tense meeting between twelve local men and is drawn into a complex mystery involving a series of unsolved crimes: a wealthy man has vanished, a prostitute has tried to end her life, and an enormous fortune has been discovered in the home of a luckless drunk.

The novel’s structure is based on the system of Western astrology, with each of the twelve local men representing one of the twelve signs of the zodiac, and with another set of characters representing planets in the solar system.

The Bone People by Keri Hulme

The story is set in New Zealand and is about three emotionally wounded but sympathetic characters: a man, a woman, and a child.

Each character carries a personal story of fear, suffering, and twisted emotions. As they struggle to discover what love is and how to find it, they have a long way to go to accept that they don’t deserve to be alone and that they can find happiness, family, and friendship.

The book forces the reader to consider the complexity of human behavior and how thin the line between love and abuse can be.

The Colour by Rose Tremain

Set in New Zealand in the mid-nineteenth century, The Colour is a historical fiction that displays the beauty and hardship of a newly colonized land.

The story begins with the arrival of newlyweds Joseph and Harriet, along with Joseph’s mother, in New Zealand to start a new life after some unpleasant events in England.

When Joseph finds gold in a creek bed, he hides the discovery from both his wife and mother and becomes obsessed with the riches awaiting him, even if he must leave his farm and his family.

In the book, Rose Tremain gets deep inside the hearts and minds of the characters, sifting through their hopes and despairs and secret motivations.

Died in the Wool by Ngaio Marsh

For mystery fans, this novel will be a great option to pick. The story is set on the South Island of New Zealand at the time of World War II.

Over a year after a missing woman, Florence Rubrick turns up dead and packed into a bale of wool from her own wool farm, Roderick Alleyn is called to help solve the mystery.

After many witness interviews and investigations of suspects, Alleyn sets a trap to catch a murderer and a spy. The trap works but who will be found in it and why?

A Madness of Sunshine by Nalini Singh

A thriller/suspense story about the secrets that rest in small towns where everyone thinks they know everyone but where there are dangerous secrets.

Anahera Rawiri left New Zealand at twenty-one, fleeing small-town poverty and the ghosts of her childhood with no plans to look back. But eight years later, she returns.

Shortly after her arrival, a local woman named Miriama Hinewai Tutaia vanishes while jogging. At first, people assume she was injured or got lost in the forest, but when a search party fails to find her the community fears the worst.

Will Gallagher is a police detective recently assigned to Golden Cove, leading a search that quickly escalates into an official investigation after this case is connected with similar ones from the past.

Bruce Ansley captures the essence of wild NZ with his and others’ experiences, retracing the steps of those mainly long gone.

Including stories like the mythical path to Erewhon, George Wilder’s prison escape route through the volcanic plateau, the Maori prophet, and faith-healer Rua Hepetipa’s track in the Ureweras, searching for the grey ghost in Fiordland or finding New Zealand’s most remote gold-mining settlement and surviving the graveyard trip on the Bluebridge ferry.

The Happy Isles Of Oceania by Paul Theroux

In this book, the American writer recounts his experiences on the long journey through the South Pacific. With a kayak, he embarks on an 18-month tour in which he visits 51 different islands.

Starting in the New Zealand rainforests where he treks (on the Routeburn Track), he learns about Maori culture, admires the country’s beautiful landscapes, and interacts with fellow travelers and New Zealanders. Until he reaches the coast of Hawaii where he ends his journey.

If you are interested in the islands of the South Pacific, you will probably enjoy this book.

100 Amazing Tales from Aotearoa by S. Morton and R. Hotere

Writing a book about museums must be almost as difficult as designing the museum itself. But the authors have done an amazing and very interesting job of compiling 100 short stories about the exhibits.

The book is a behind-the-scenes look at the most prized pieces at the Te Papa Tongarewa museum in New Zealand.

It’s a book that will appeal to adults and children alike because the combination of information and entertainment is perfect.

We Can Make A Life by Chessie Henry

Spanning a family history of adventure, love, bravery, and loss, Chessie Henry writes tenderly about her family’s journey through multiple traumatic experiences – including the Christchurch and Kaikōura earthquakes – and their unbending courage in the face of them.

The book opens with an email from Christopher Henry, Chessie’s father, describing his burnout following years of non-stop work as a rural doctor. But it is not only a call for help from Chris, the letter is a warning against the overwork of the New Zealand medical personnel.

From there, Chessie begins to recount pieces of her family history, before and during her existence as her daughter in that family. The result is a neatly ordered memoir: each chapter tells a segment of the family story.

In summary, We Can Make a Life is a beautiful, thought-provoking, and brave memoir that many readers in New Zealand and around the world will connect with.

The Penguin History of New Zealand by Michael King

If you want to know practically anything about New Zealand or anyone of consequence to its history, Michael King is your reference source.

The author keeps a great balance between the Maori, Pakeha, and European perspectives. King begins by describing prehistoric New Zealand. He describes its geological and biological history, its unique and impressive indigenous lifeforms, and the mythology of the earliest human occupants.

From there, King moves forward covering New Zealand history in chronological order. It is a book you must read if you want to learn about this wonderful country.

This is the best travel guide for kids to learn about New Zealand culture and geography.

With Dinobibi and Jack, kids will have fun discovering New Zealand: its history, geography, flags and symbols, wildlife, culture, and more!

Inky the Octopus by Erin Guendelsberger

This is an amazing book based on an actual escape by an octopus from his tank in an aquarium in New Zealand. The best octopus book for kids looking to learn more about aquatic animals, marine biology, and aquariums, and the illustrations are large and vivid, perfect for capturing the attention of children and grownups.

Koko and the Great Bear by Rosie Chenault

Before Koko can become the chief of his tribe, he must first go on an adventure in search of a mysterious bear to help him overcome his fear. A heart-warming tale about finding courage from within in order to reach your dreams.

The Whale Rider by Witi Ihimaera

This book by the Maori writer conveys the historical link between New Zealanders, the sea, and the whales.

It is the story of Kahu, an 8-year-old girl, the last descendant of the tribe who claims descent from the legendary “whale rider”. Her great-grandfather is the chief of this tribe, called Whangara. In each generation, a male has inherited the chief title.

But now there is no male heir, only Kahu. She should be next in line for the title, but her great-grandfather is blinded by tradition and sees her as a useless child.

However, she will fight to please her grandfather and be loved by him, to show him that she has what it takes to become a chief, lead her people, and communicate with the whales.

A captivating read that will thrill and inspire, intrigue, and mystify young adults.

Zelie Taylor moves with her family to New Zealand, but she has no idea how drastically her life is about to change. When she pulls a lost necklace out of the icy waters of the lake, she begins to think she’s crazy to hear a male voice in her head.

But what she doesn’t know is that Tamas’ soul has been trapped in the silver necklace since 1918. His body is nearby, sleeping, and Zelie must help him awaken.

And what is waiting for Tamas when he does emerge? It seems that the sinister force that trapped him all those years ago has returned and is growing more powerful.

What Are Some Of Your Favorite Books In New Zealand?

Start by checking out all our books set in destinations around the world, or if you’re after more set in and around Oceania, try these books set in Australia. 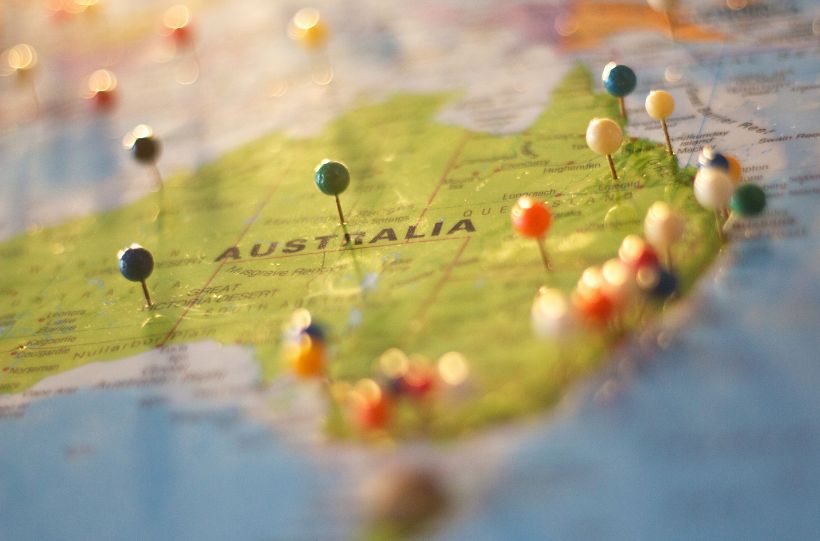