Even though there are destinations we can visit over and over because they’re easy and comfortable, there are many places all over the world that are as intrepid as they are unique.

If you’re looking to create a travel bucket list that goes all in, you’ll love to know how many incredible spots there are on our planet that still provides a bit of a challenge even for travel experts.

From the hottest place on Earth to national parks where volcanoes explode on a regular basis and the most beautiful beaches you’ve ever seen, these are the destinations you need to visit at least once in your life.

The Galapagos is an archipelago made up of 18 islands and hundreds of islets that were created as a result of volcanic activity in the area.

Located off the coast of Ecuador, the Galapagos Islands stand on the exact point where three different oceans meet, creating an extremely rare ecosystem that hosts some of the most incredible wildlife in the world.

The animals that reside here are so interesting and rare that Charles Darwin dedicated a good portion of his life to researching the islands! Giant tortoises, boobies, penguins, marine iguanas, and sea lions are just a few of the species you’ll get to see here.

The ultimate way to visit the Galapagos is on a cruise, which takes visitors to several islands and hot spots where animals like to meet.

Hiking, snorkeling, swimming next to sea lions and giant turtles, spotting enormous tortoises, and seeing the dance of blue-footed boobies are just a few of the things you can do at this once-in-a-lifetime destination.

Located in Sumatra, Indonesia, Bukit Lawang is a small village located on the foot of the alluring Gunung Leuser National Park.

Some of the world’s most exotic and endangered animals live within the park’s boundaries, including tigers, rhinoceroses, elephants, and orangutans.

Even though spotting a tiger or a rhino is incredibly rare as there are very few left, seeing orangutans in the park is pretty easy. Bukit Lawang was once the base of a research center, so there are plenty of semi-wild orangutans living in the boundaries of the park that don’t shy away from humans!

During your visit, you’ll get to go on a two-day jungle trek in order to find as many orangutans as possible. While this is the most common tour for visitors, there are also multi-day treks on offer that take you deeper into the jungle for higher chances to spot completely wild orangutans as well as other species for the more adventurous.

Katmai National Park was established back in 1918 in order to preserve the region and its wildlife, more especially the brown bears that call it their home.

A visit to Katmai provides an incredible opportunity to spot plenty of species native to Alaska, including giant moose, foxes, and plenty more. However, the main reason most people visit is in order to get the chance to witness brown bears fishing for salmon at the park’s river!

Located inside the Arctic Circle, Tromso is a city in Norway that acts as the cultural hub of the North Pole as well as the gateway to explore it.

While the city itself is definitely worth lingering a while in, the main reason to visit Tromso is to see the Northern Lights during the colder months. Skies here are clear and during the winters, nights go on forever, giving visitors the once-in-a-lifetime opportunity to see the Aurora Borealis in its full splendor.

Aside from seeing the world’s most incredible light show, Tromso has plenty more to offer visitors. Reindeer sleigh rides, cruises through fjords, and ocean safaris to see whales are just a few of the adventures you can enjoy here!

The oldest national park in Africa and one of the most biologically diverse areas on the planet, Virunga National Park is one of those destinations for those who love intrepid adventures.

The park encompasses almost 5000 miles across the Albertine Rift Valley, covering an incredibly wide array of landscapes and habitats. Volcanoes, lava plains, swamps, steppes, and even snowfields up in the Rwenzori Mountains are just a few of them!

Virunga rarely receives visitors, but the few that do come every day do so in order to get the unique chance to see Mountain Gorillas.

Mountain Gorillas are extremely endangered, with less than a thousand of them left in the world – Alongside Uganda and Rwanda, the jungles of the Democratic Republic of the Congo are the only places in the world where you can see them because they are not able to survive in captivity.

Visitors to Virunga get to go on guided treks through the jungle in order to see families of gorillas in the wild from a pretty close distance.

Aside from getting to meet these mighty apes, Virunga is also home to Mount Nyiragongo, an extremely active volcano that boasts the largest lava lake in the world.

The adventure up Mount Nyrangongo will have you trekking for pretty much the entire day in order to arrive at the summit, where you’ll get to sleep right on the rim of the crater before descending the next day!

Raja Ampat is pretty much the place where paradise is found! Located in the West Papua Region of Indonesia, Raja Ampat is made up of tiny coral Islands that are still in a pretty raw, untouched state.

The water around the islands is as turquoise blue and clear as it gets, and it makes for the perfect place for snorkeling and diving. Swimming side by side with manta rays and seeing plenty of marine life is a guarantee here!

Almost nothing can survive here, but you’ll be fine visiting for a few days! Dallol in Ethiopia boasts one of the most ming-boggling landscapes in the world.

The terrain here is made up of craters whose surfaces are covered by crusts of salt and pools of hot acidic water, and even though we don’t recommend you swim in them, the scenery they create will make you feel as though you’re walking on another planet.

Dallol is also the hottest place on Earth. Visiting here is an absolute treat to the eye, but not exactly easy on your body. Despite that, this once-in-a-lifetime destination is an absolute must for those who want to see something that looks straight out of Jupiter.

Of course, a guided tour is necessary in order to step foot on this unearthly-looking place. Most tours also include a hike up to the rim of Erta Ale, a volcano that boasts one of the most active lava lakes in the world.

Getting here may require a pretty long journey, but once you’re there, you’ll be in for an adventure of a lifetime amid a landscape that will almost make you feel as though you hopped into a painting.

Torres del Paine National Park is actually a UNESCO World Biosphere Reserve, and the only way to truly get to know it inside out is by putting on your trekking shoes and walking. As you explore, you’ll also get the chance to kayak or sail around the many turquoise alpine lakes on offer, camp under a billion stars, see wildlife galore, and so much more!

A country that still remains a mystery to the rest of the world, Bhutan is an excellent place to head to in order to travel in a way you never have before as well as have an extremely soul-shaking spiritual experience.

Bhutan sits on the Himalayas mountains, making the scenery as gorgeous as it gets. Monasteries hanging on cliffs, spectacular landscapes, and a culture unlike anything you’ve seen before are just a few of the things this under-the-radar country has to offer visitors.

The southernmost continent and a place that is virtually inhabited, Antarctica is the ultimate go-to for those who want a real adventure. No place on this planet compares to the challenge that is exploring this colossal white wilderness.

The landscapes you’ll find here are made up of gigantic ice shelves, mountains, and icy waters. As you explore, you’ll also stumble across some of the most extraordinary wildlife in the world, including whales, seals, penguins, albatrosses, and more.

An expedition cruise is really the only way to visit Antarctica, and the journey is unlike anything you’ve experienced before. Amenities are fewer and boats are much smaller than what you’d expect to find on a cruise through the Caribbean, but it’s really all part of the adventure. Most of them depart from Ushuaia in Argentina or Punta Arenas in Chile. 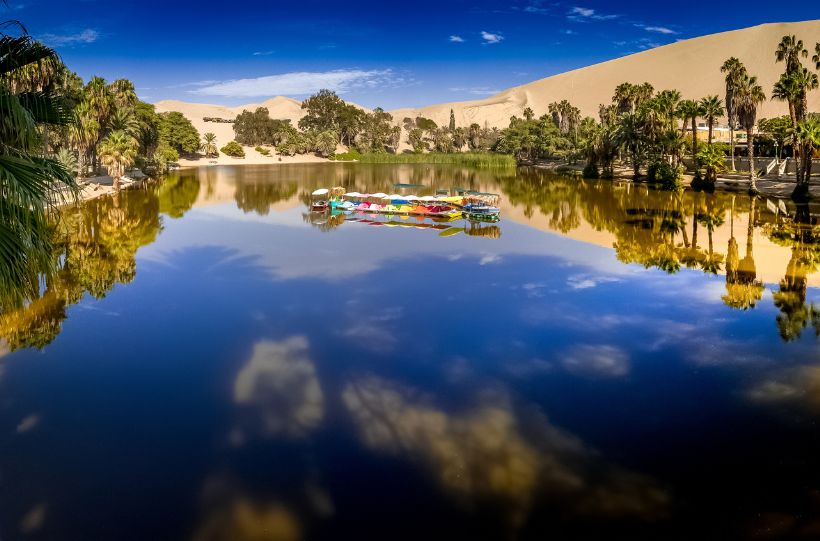